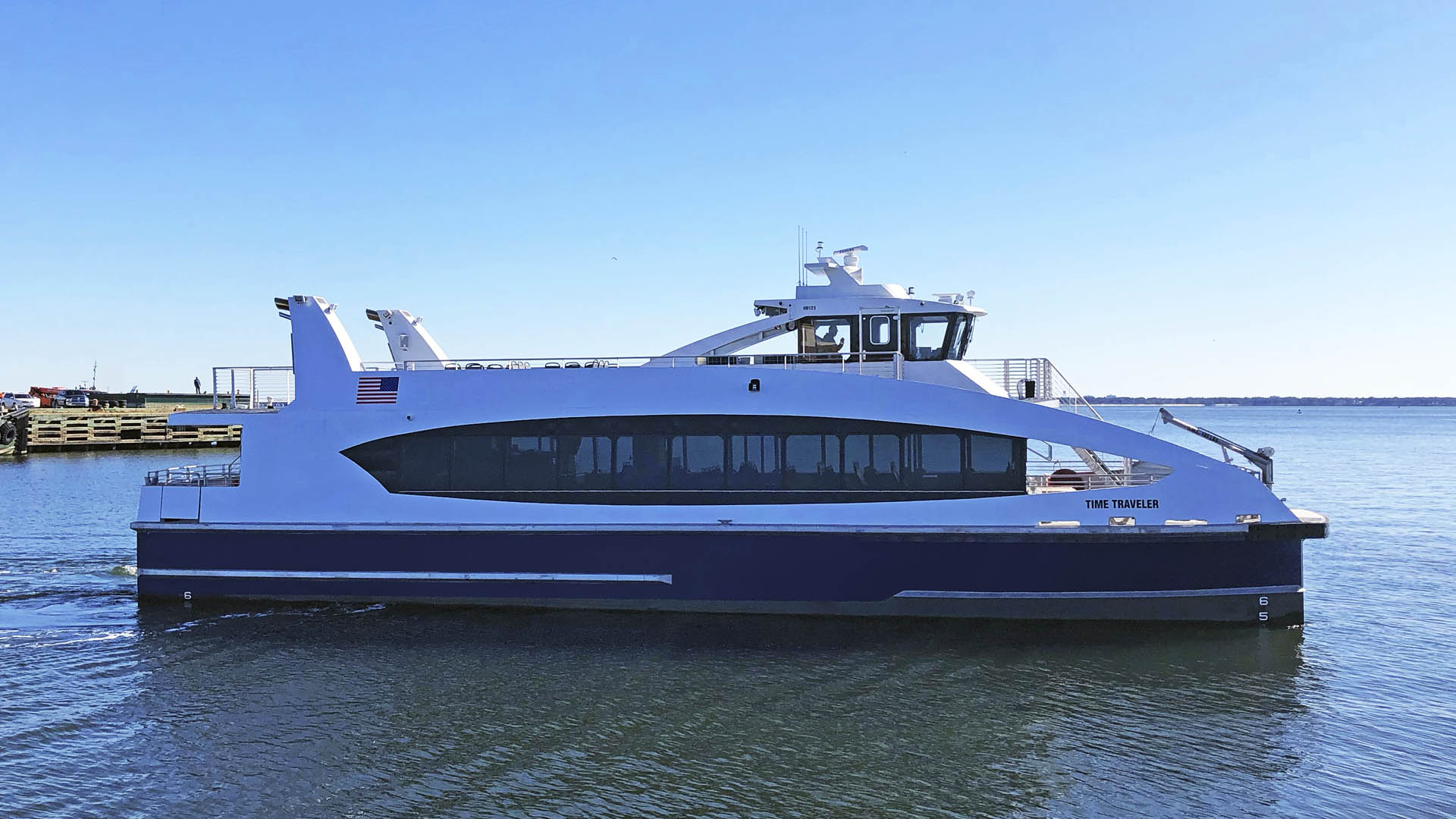 Jeanerette, LA – December 2nd, 2020: Shipbuilder Metal Shark has announced the successful completion of its four-year run of production development for NYC Ferry, Operated by Hornblower, with the delivery of the final new vessel to be added to the fleet.

“We are thrilled with the operations and production that the Metal Shark team has been able to deliver for NYC Ferry throughout the past four years by working together through the design process, regulatory changes, hurricanes, pandemics, and more,” said Junior Volpe, director of special projects, Hornblower Group. “Throughout the process of delivering an astonishing 22 vessels to the NYC Ferry service fleet, Metal Shark has proven to be a valuable partner to Hornblower Group as we continue to deliver a reliable and best-in-service experience for our customers.”

The delivery marks the conclusion of a long and prolific production run. In July 2016, Metal Shark was one of two builders originally selected to build passenger vessels for the new NYC Ferry Service (the other builder, Horizon Shipbuilding in Bayou la Batre, Alabama, was acquired by Metal Shark in 2018.) With less than ten months’ time from project start to the delivery of the first vessel, Metal Shark delivered all six of the ferries on or ahead of schedule between April and June 2017.

NYC Ferry officially launched on May 1, 2017, with Metal Shark-built “Sunset Crossing” given the honors of ferrying the first load of customers on the new service’s inaugural revenue trip. In September 2017, Metal Shark announced a second order of NYC Ferry vessels under construction. Multiple follow-on orders resulted in the continuous production of 150-passenger and 350-passenger NYC Ferry vessels at Metal Shark Franklin for four straight years.

“From our initial six on-time deliveries in 2017 to the multiple additional orders that followed, our relationship with this client is something we are very proud of,” said Metal Shark’s VP of Commercial Sales, Carl Wegener. “It is unfortunate that current conditions in the passenger vessel market caused this streak to end; however, we are confident that we will be teaming again in the future.”

“It has been an honor to work with Hornblower Group to develop the NYC Ferry fleet,” said Metal Shark CEO Chris Allard. “This client’s trust in us allowed Metal Shark to enter the passenger vessel market, incorporating and adapting the serialized production methods we initially developed to build military patrol boat fleets. The many follow-on orders underscored the client’s ongoing satisfaction with us and provided an unprecedented opportunity for us to grow our ferry business. With the steady flow of orders, we were able to optimize our operations to deliver high-quality passenger vessels within short timeframes few thought possible at the outset, allowing us to earn other clients in the process. From those first NYC Ferry deliveries in 2017, Metal Shark has now built a total of 36 passenger vessels for operators nationwide.”