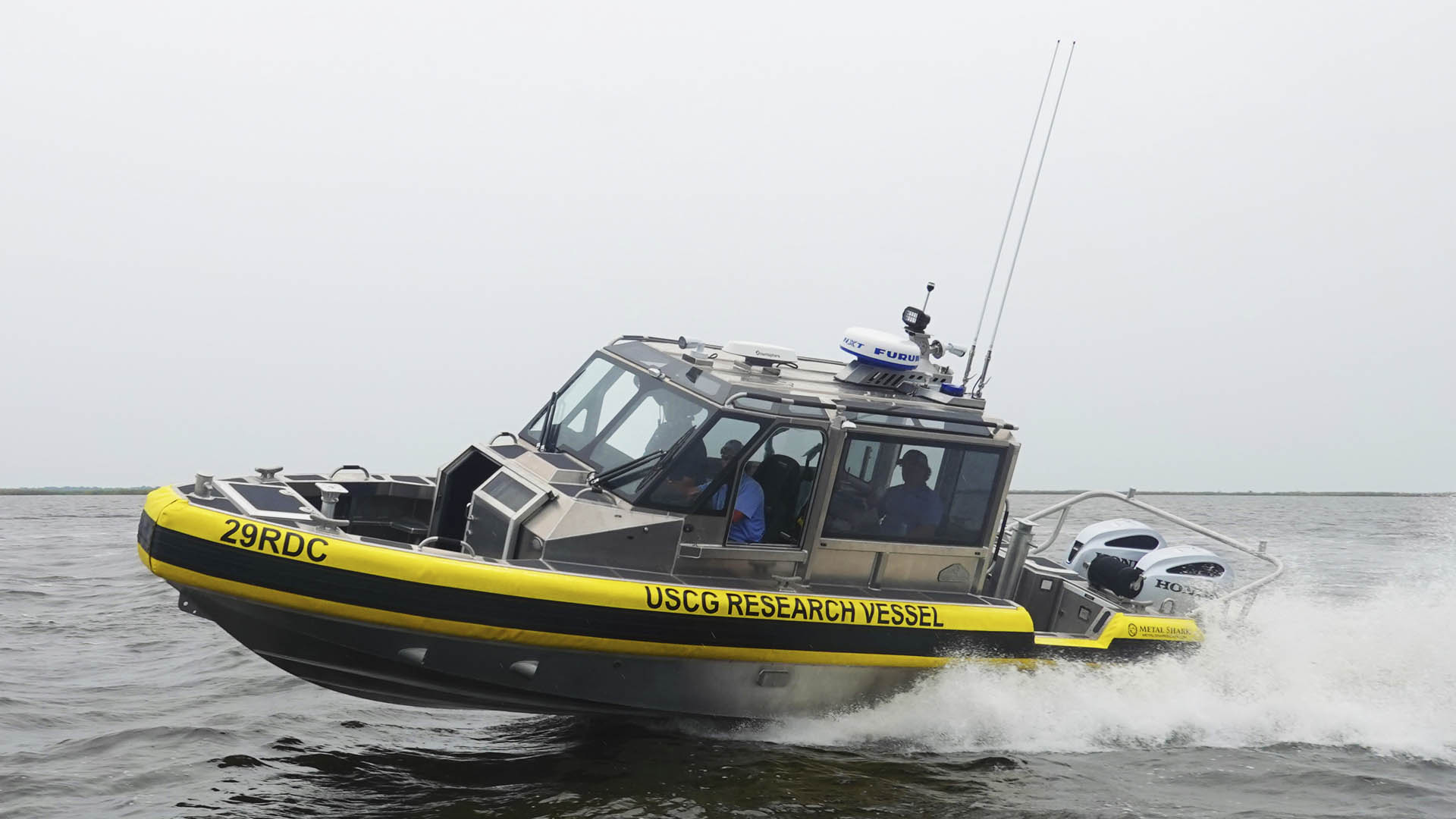 As the Coast Guard’s primary facility performing research, development, and test evaluation in support of the service’s major missions, the RDC helps to transition innovative technologies into the USCG’s operational forces. During exercises scheduled for October off the coast of Hawaii, the RDC team will test and evaluate the Sharktech vessel’s autonomous capabilities for their potential in supporting USCG surveillance, interdiction, patrol, and other missions. The new vessel will then be homeported at the RDC’s facility in New London, CT.

“Since the launch of our Sharktech Autonomous Vessels division in 2018 we have been working to position Metal Shark for the autonomy revolution,” said Metal Shark CEO Chris Allard. “We are committed to the advancement of autonomous technology, through our relationships with leading autonomy suppliers as well as through our own R&D, and we are engaged with multiple customers, from the USCG, the Department of Defense, and commercial operators. With this latest delivery, Metal Shark is proud to play a role in the Coast Guard’s autonomous technology R&D efforts.”

“Sea Machines is proud to actively support the Department of Defense across a variety of projects, including this important demonstration being conducted by the U.S. Coast Guard,” said Sea Machines’ Phil Bourque, director, sales. “Our systems are being rapidly adopted by government and commercial operators alike, offering increases in on-water productivity and predictability, while reducing operational risk.”