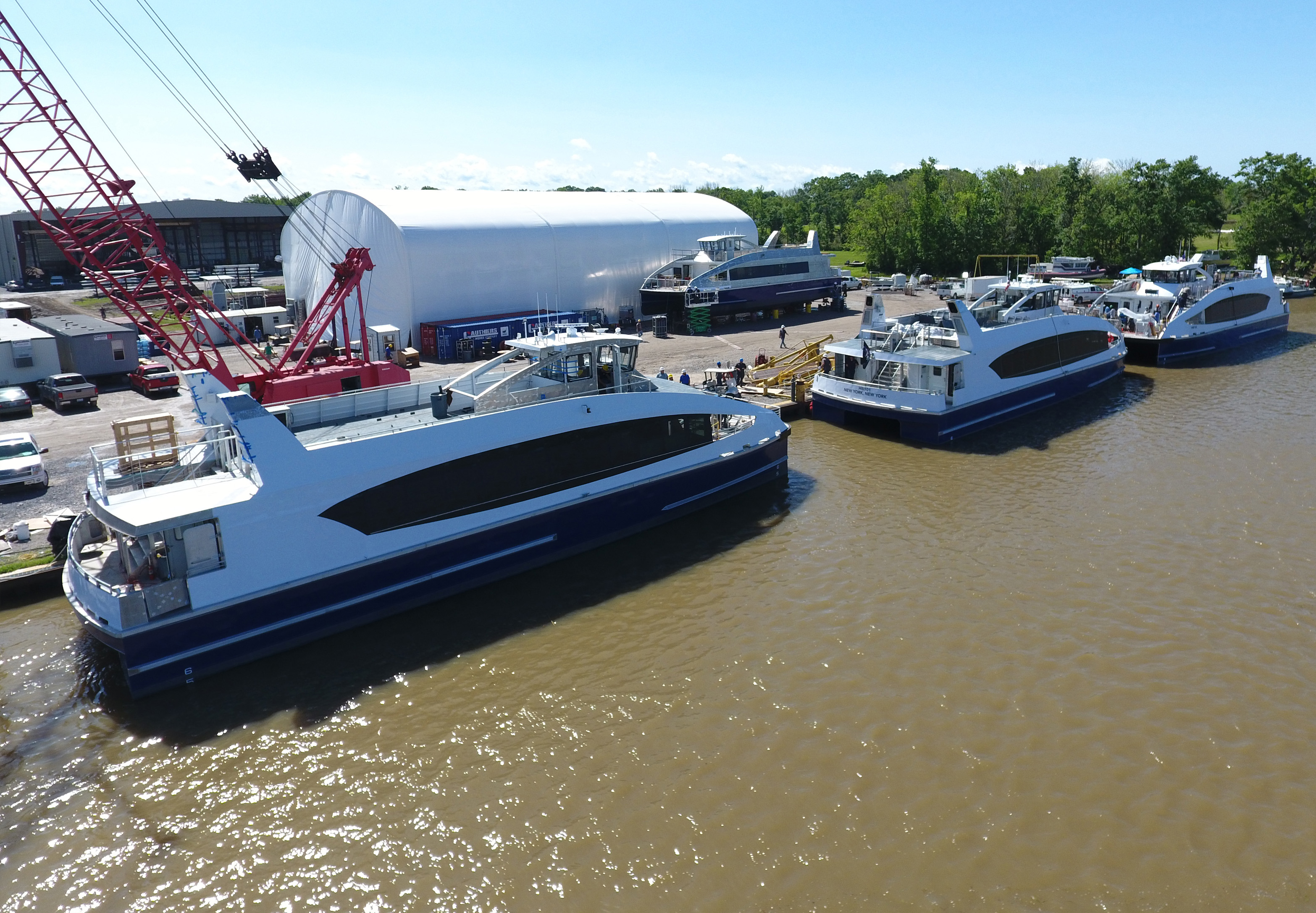 In early August, Metal Shark received orders from Hornblower for four 97’ x 28’, 350-passenger USCG Subchapter K vessels. An additional 85’, 150-passenger USCG Subchapter T vessel has also been ordered. All of the new vessels are currently in production at Metal Shark’s Franklin, Louisiana waterfront shipyard, with accelerated delivery timelines calling for all five vessels to complete and deliver in 2018. It has been announced that three of the new vessels will be upgrades to the NYC Ferry fleet, which is operated by Hornblower.

These new orders represent a continuation of Metal Shark’s relationship with Hornblower and NYC Ferry. In July of 2016, Metal Shark was selected to build six 85’, 150-passenger, Incat Crowther-designed aluminum catamaran ferries for the NYC Ferry System. Between April and June of this year, Metal Shark delivered all six vessels on time, with an average per-unit build time of ten months.

“As proud as we are of our previous record of on-time deliveries to Hornblower, it’s even more of an honor that the client returned to us to produce these significantly larger vessels under even more challenging timelines,” said Chris Allard, CEO of Metal Shark. “Over the past few months we have been working closely with Hornblower to meet the demands of these accelerated-delivery orders. Our client’s confidence in us speaks volumes, and our team is one hundred percent up to the task. Metal Shark looks forward to delivering these new, state-of-the-art passenger vessels to Hornblower, NYC Ferry, and to the people of New York.”