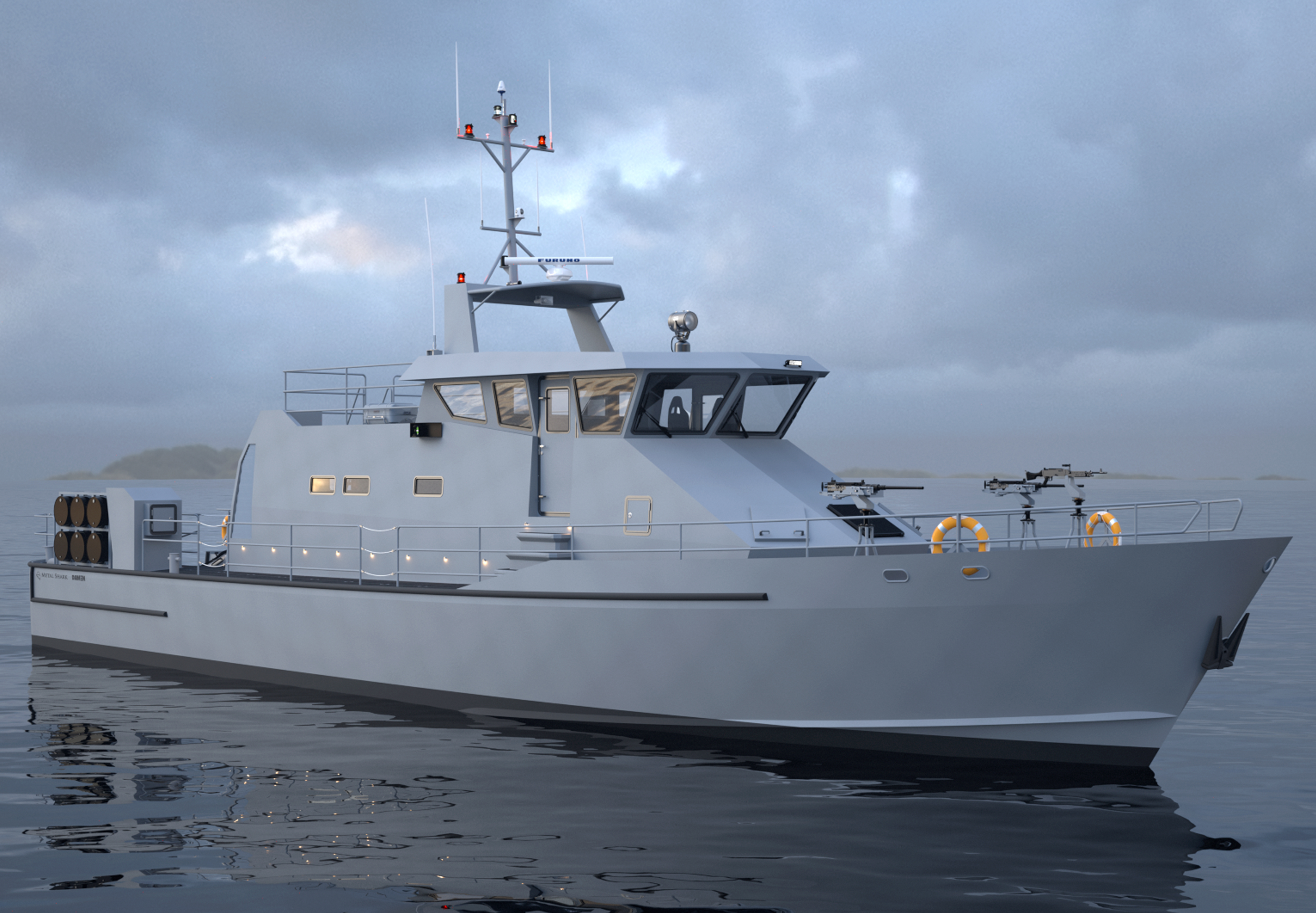 The new vessels are based on Damen Shipyards’ Stan Patrol 2606 design, tailored by Metal Shark to suit the requirements of the NCPV mission. The versatile cutter can accommodate a wide range of mission profiles including search and rescue, border patrol, police and customs duties, counter-narcotics operations, and securing waters of economic importance.

“The NCPV award is the first result of a multi-year collaboration between Damen and Metal Shark,” said Metal Shark CEO Chris Allard. “The Damen team has consistently provided us with outstanding technical support, their designs are thoroughly proven in service across a range of markets, and their global service network has proven to be a very powerful selling feature. Metal Shark is eager to begin NCPV construction and showcase our capabilities as we quickly and efficiently build and deliver these state of the art patrol cutters.”

“Metal Shark has long impressed us with their ambitious growth and their considerable engineering resources,” said Jan van Hogerwou, Damen Shipyards’ North American VP of New Construction. “Damen is proud to now become a part of the Metal Shark growth story as we work together to deliver this newest fleet of Stan Patrol vessels to military operators worldwide. We look forward to working closely with Metal Shark not only on this program but also as we continue to collaborate on other opportunities in the pipeline.”

Other noteworthy Metal Shark builds include ongoing construction of the 500-boat Response Boat – Small (RB-S) contract for the US Coast Guard and 80-boat Force Protection Boat – Medium (FPB-M) contract for the US Navy, four 88′ passenger vessels currently being built for the  Potomac Riverboat Company division of Entertainment cruises for Washington DC, two 105’ high speed passenger ferries for the New Orleans Regional Transit Authority, and nearly 200 vessels either in production or delivered over the past three years to the militaries of over 20 United States partner nations across Africa, Asia, the Caribbean, the Middle East, and South America.