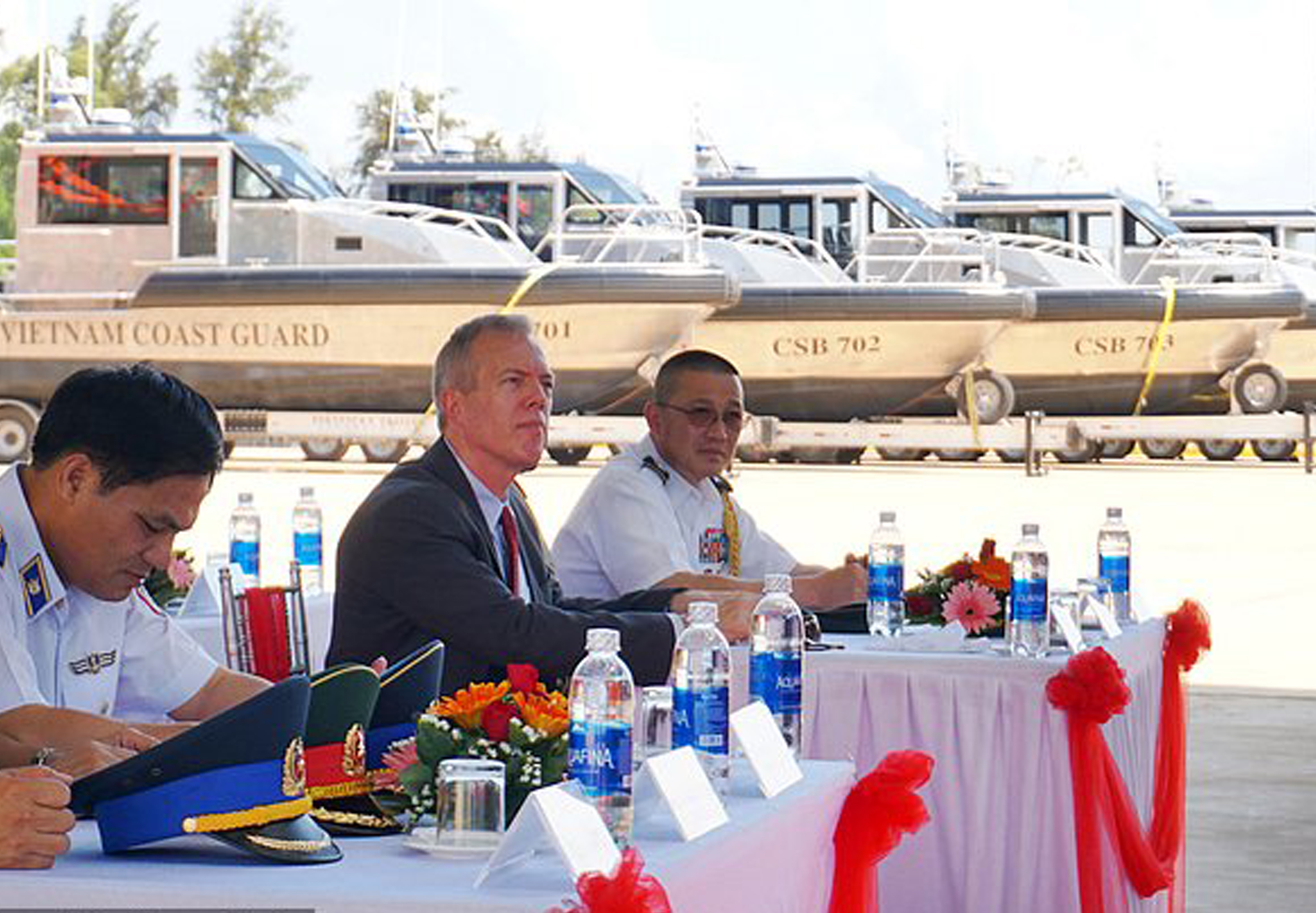 The welded-aluminum Metal Shark 45-foot Defiant pilothouse patrol vessels were provided to Vietnam by the United States in a historic move that underscores the increased security cooperation between the two nations. The vessels were officially handed over by US Ambassador Ted Osius to the Vietnam Coast Guard on Monday in the province of Quang Nam.

The new Metal Shark patrol boats will be employed by the Vietnam Coast Guard on law enforcement missions focused on smuggling, illicit trafficking, piracy and armed robbery against ships, and illegal fishing, according to a statement by the US Embassy.

“Vietnam’s future prosperity depends upon a stable and peaceful maritime environment,” Ambassador Osius stated at the handover ceremony. “The United States and the rest of the international community also benefit from regional stability, which is why we are here today, and it is why we are very pleased to be working together with the Vietnam Coast Guard.”

“Metal Shark was honored to be selected for this historic opportunity to provide state-of-the-art American-made defense articles to Vietnam,” stated Henry Irizarry, Metal Shark’s vice president of international business development. “Our team worked closely over an extended period, in concert with US officials and also directly with the Vietnam Coast Guard, to design, build, and deliver a fleet of specialized patrol craft that will increase the Vietnam Coast Guard’s capability to maintain stability in Southeast Asia. We look forward to continuing our relationship with the Vietnam Coast Guard for years to come.”

The vessels, which were built at Metal Shark’s Franklin, Louisiana waterfront shipyard complex, are powered with twin Cat C-9 diesel engines mated to Hamilton water jets. Urethane-sheathed, closed-cell foam collars by Wing provide impact protection during alongside maneuvers or while docking. Metal Shark’s Defiant-class design has been extensively proven among military operators, with parent craft vessels in service with the US Coast Guard, US Navy, and the militaries of US partner nations worldwide.