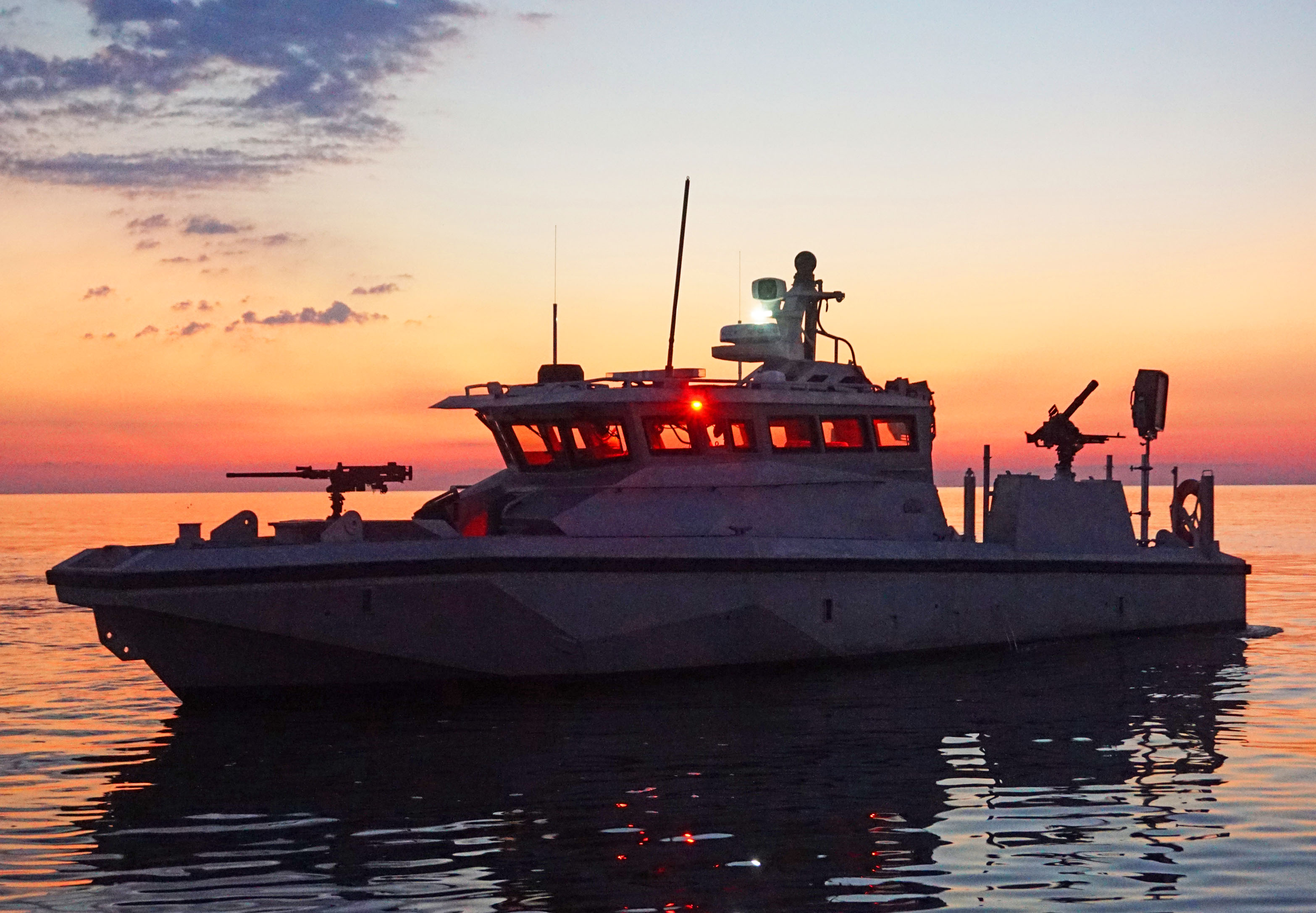 Jeanerette, LA – December 19th, 2019: Shipbuilder Metal Shark and the US Navy are nearing the end of the operational test and evaluation (OT&E) trial period for the Navy’s incoming standardized “40 PB” patrol boat platform, and full-rate production is now imminent.

Developed as the replacement for up to 160 patrol vessels deployed worldwide with Navy Expeditionary Combat Command’s Coastal Riverine Forces (CRF), Metal Shark’s 40 Defiant design was selected in late 2017 from a field of seven competing shipbuilders.

Metal Shark produced two of the 40-foot, welded-aluminum monohull pilothouse patrol boats for test and evaluation purposes, with Hull #001 first displayed at the 2018 International Workboat Show in New Orleans. As OT&E trials near completion, Metal Shark is preparing to commence full-rate production at its Jeanerette, Louisiana production facility. With a full slate of delivery orders in place, Metal Shark initially plans to deliver one completed unit to the Navy every four weeks.

This new platform represents a radical departure from the more conventional Navy CRF patrol boats now in use. Designed to address the vulnerabilities of traditional patrol boats while expanding the mission role of the 40 PB platform over its predecessor, the 40 Defiant delivers substantial increases in capabilities and firepower.

Ballistic protection enables the 40 PB to sustain extended firefights, allowing crews to respond with overwhelming force to asymmetric threats such as swarm attacks while remaining secure and protected from hostile fire. The armored, climate-controlled pilothouse has been configured to accommodate a crew of five in SHOXS 4800-series whole-body isolation suspension seats. The vessel delivers enhanced situational awareness and fleet connectivity through an advanced communications and sensor suite.

The versatility of the new platform will allow the Navy to expand the mission profile of the CRF patrol boats. The new vessels operate in permissive environments during asset protection and port security missions, but may also make forays into hostile environments, and therefore carry a power projection capability far beyond that of a traditional force protection boat.

“The need for more advanced and capable vessels, designed to discourage asymmetric threats and to respond to them with overwhelming force, has led to the development of this radically different patrol boat platform,” explained Metal Shark’s CEO Chris Allard. “While we designed the 40 Defiant to meet the US Navy’s PB-X mission requirements, this vessel is driving the evolution of our entire military patrol boat lineup and offers a glimpse into the future direction of military patrol.”

The vessel’s mission-optimized hull form has been designed to achieve 40-knot sprint speeds while displaying superb dynamic stability across the full range of operating environments, while also delivering enhanced handling and greatly reduced operating cost at the 10-15 knot escort speeds where the vessel will spend the bulk of its operational life.

“The 40 Defiant has been developed in concert with the US Navy to meet the evolving requirements of modern military engagement and it is the result of an unprecedented investment in testing and development,” said Mr. Allard. “Setting a new standard for military patrol boats, Metal Shark is delivering unmatched lethality, next-generation situational awareness, and greatly improved safety for our fighting forces, in a thoroughly tested platform that will be made available for other customers in other markets, in a range of styles and sizes.