The Patrol Boat of Tomorrow Has Arrived. Introducing the Metal Shark 40 Defiant. 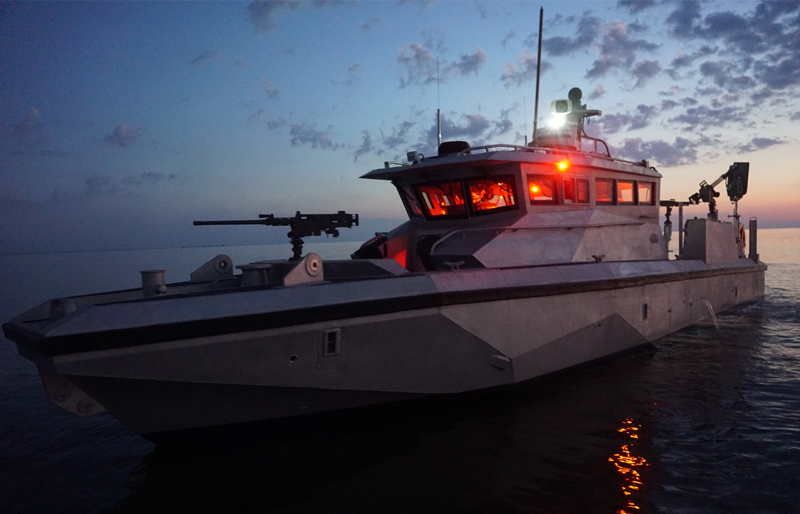 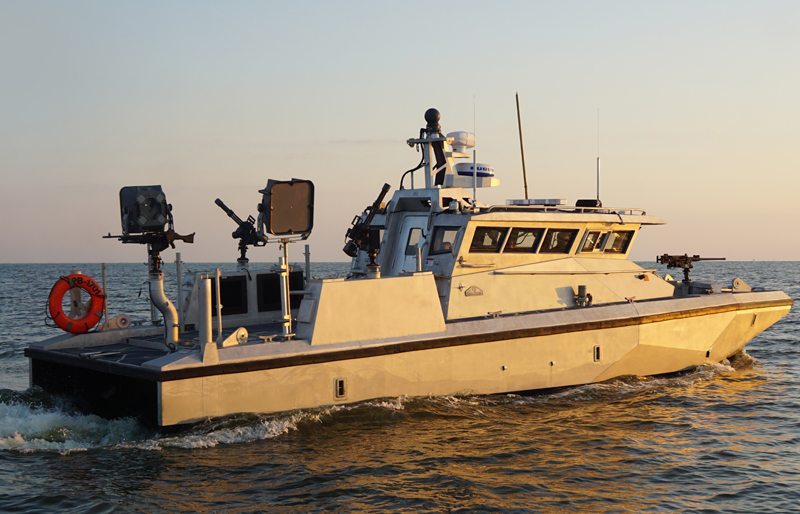 Metal Shark’s 40 Defiant is a revolutionary new monohull patrol boat platform designed to meet the military needs of tomorrow in a quickly changing world. Developed as the replacement for up to 160 patrol vessels deployed worldwide with the U.S. Navy’s Expeditionary Combat Command’s Coastal Riverine Forces, Metal Shark’s design was selected by the US Navy from a field of seven competing shipbuilders. Designed to address the vulnerabilities of traditional patrol boats while expanding the mission role of the platform over its predecessor, the 40 Defiant delivers substantial increases in capabilities and firepower. Shown here in US Navy 40 PB configuration, the 40 Defiant is available or acquisition by qualified operators and may be fully customized to meet a wide range of mission profiles. Read on, and learn more about the game-changing Metal Shark 40 Defiant. 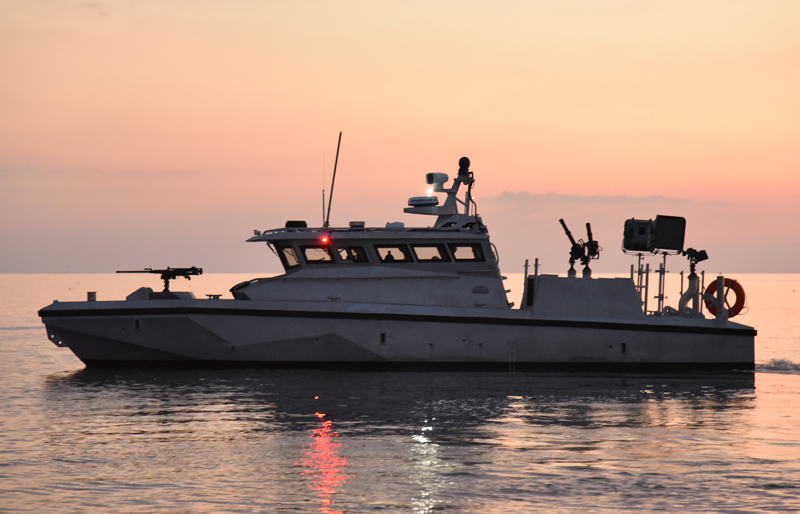 The 40 Defiant satisfies the visual-deterrent requirements of today’s naval forces with a futuristic design featuring a chiseled and menacing profile and unique faceted hull. Unlike other available welded-aluminum military patrol boat offerings, which are often hard to distinguish from a commercial work boat or even a private recreational vessel, the 40 Defiant is immediately identifiable as a no-nonsense military machine ready to respond with overwhelming force to any hostile threat. The 40 Defiant flaunts its capability and bristles with armament. As configured for the US Navy, the vessel features six MK 16 weapons foundations plus a large forward foundation for stabilized, remote operated, optically guided MK 49 / MK 50 weapons systems. Like all Metal Shark offerings, the 40 Defiant may be customized to suit operator requirements and may be configured to accommodate the complete range of available weapons systems. 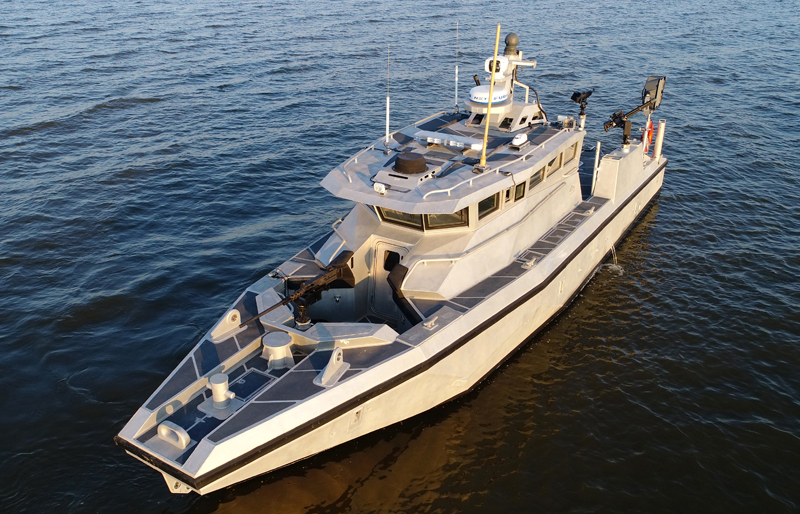 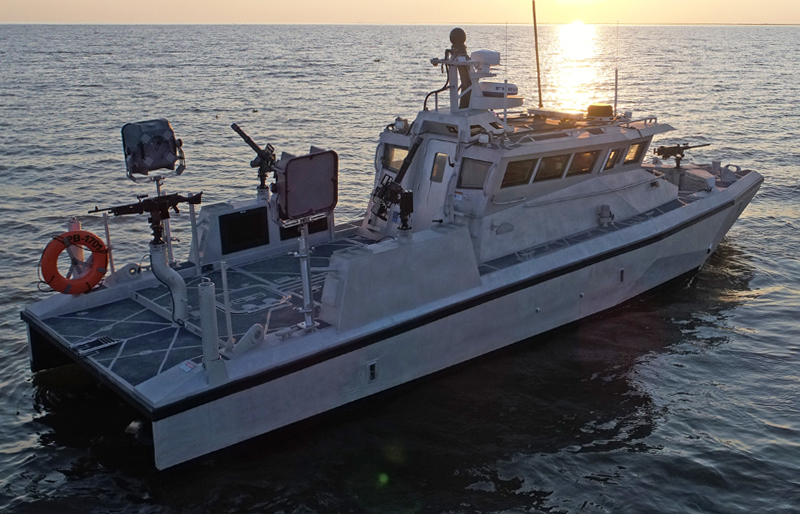 The 40 Defiant has been designed to carry a power projection capability far beyond that of a traditional force protection boat. The vessel therefore boasts a superlative array of capabilities. Available ballistic protection enables the vessel to sustain extended firefights, allowing crews to respond with overwhelming force to asymmetric threats such as swarm attacks while remaining secure and protected from hostile fire. The armored, climate-controlled pilothouse may be configured with a wide range of shock-mitigating seating options. The vessel delivers enhanced situational awareness and fleet connectivity through an advanced communications and sensor suite. These capabilities allow operators to expand the the mission profile of their patrol boats, allowing them to operate in permissive environments during asset protection and port security missions, and also to make forays into hostile environments. 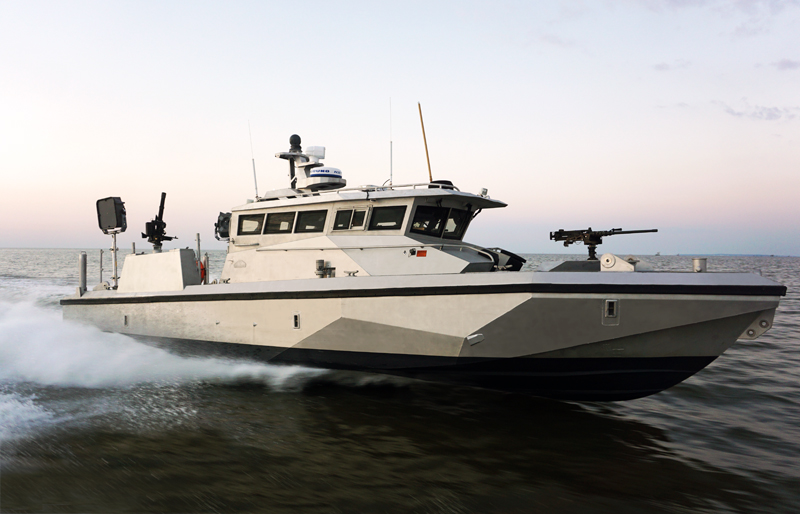 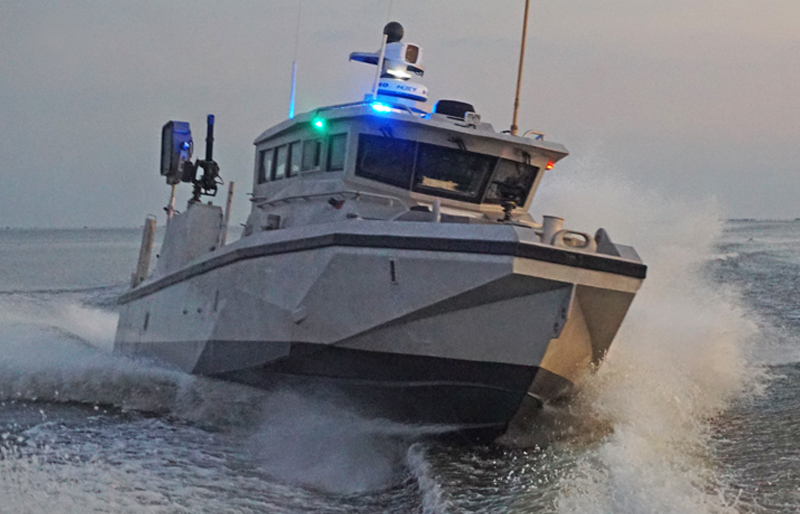 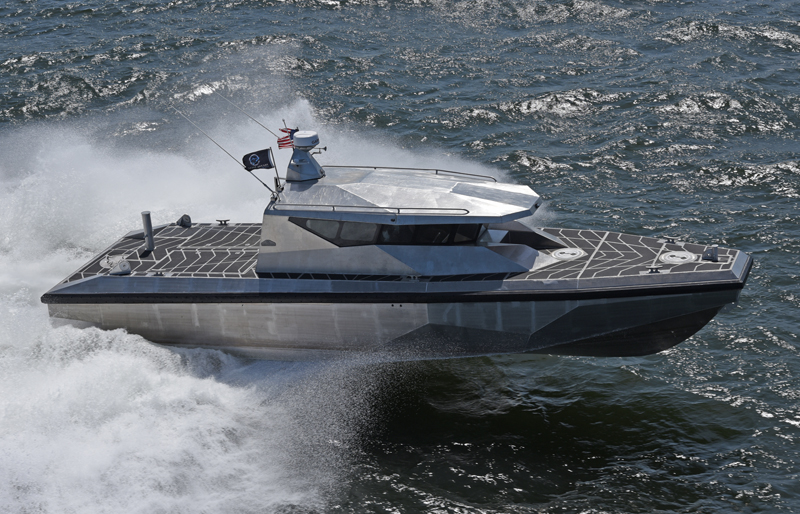 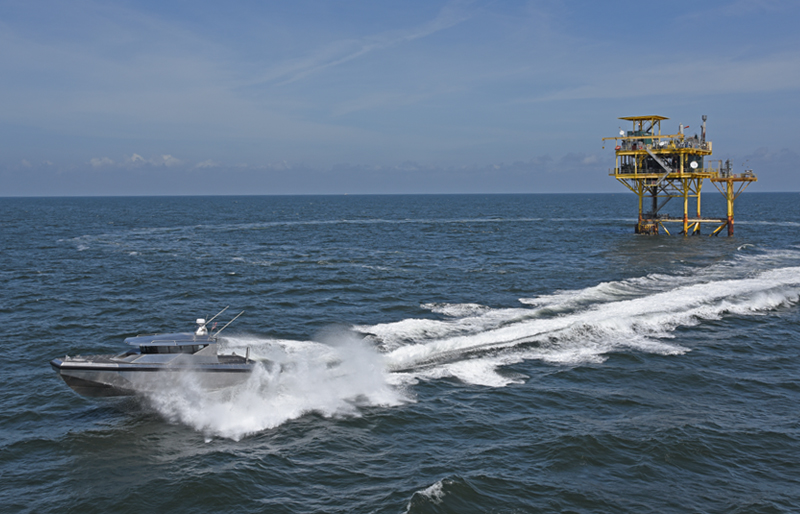 The 40 Defiant has been designed to meet the evolving requirements of modern military engagement and is the result of an unprecedented investment in testing and development. Setting a new standard for military patrol boats, this futuristic military vessel delivers unmatched lethality, next-generation situational awareness, and greatly improved safety for our fighting forces, in a thoroughly tested platform now being made available for other customers in other markets, in a range of styles and sizes. Like each model in Metal Shark’s ever-growing portfolio, the 40 Defiant may be custom configured to meet a wide range of unique mission profiles.

To find out more about the Metal Shark 40 Defiant, contact us today.