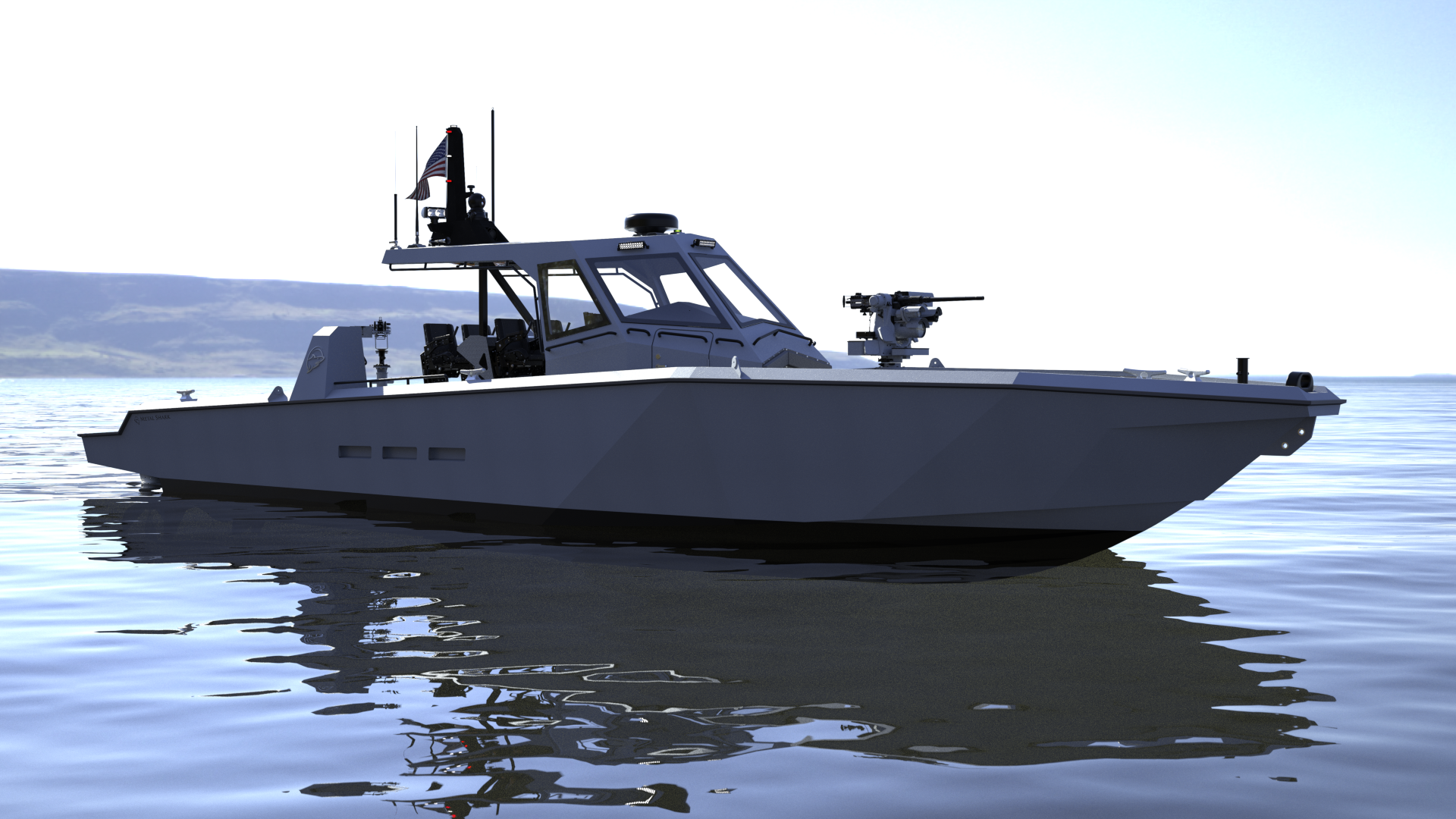 “Customers from around the world have asked for a blue water-capable interdiction vessel with 60+ knot capabilities,” explained Henry Irizarry, Metal Shark’s Vice President of International Business Development. “With the 52 Fearless Super Interceptor, we have exceeded that requirement by a significant margin, with a multi-mission high-performance vessel delivering unmatched speed, handling, and sea keeping while also leveraging over a decade of parent craft Fearless-class past performance.”

A custom-configurable platform designed for missions ranging from counter narcotics to the protection of exclusive economic zones and other related maritime enforcement activities, the new vessel is available with multiple pre-engineered configuration, propulsion, and equipment options.

The first fifteen Super Interceptors are being built in a center console configuration with seating for six crew in Shockwave shock-mitigating seats beneath an integrated aluminum hard top. The vessels will be powered by twin 1,650-horsepower MAN 12-cylinder diesel inboard engines mated to Arneson ASD14 surface drives via ZF transmissions. Thus equipped, the Super Interceptor will reach a projected top speed in the 70-knot range. The vessel’s flexible configuration allows for a maximum fuel capacity of 1,000 gallons, which results in an incredible 12.5 hours endurance at 50 knots.

With an overall length of nearly 58’ (17.5 m), a beam of over 11’ (3.5 m) and an operational displacement of up to eight tons, the vessel is large and imposing. To satisfy modern military visual-deterrent requirements, the Super Interceptor boasts chiseled and menacing lines, including the distinctive “faceted hull” initially developed by Metal Shark for the US Navy and now being widely incorporated across Metal Shark’s product portfolio.

“In terms of speed, size, endurance, and sheer awe factor, this vessel represents a radical leap forward,” said Metal Shark CEO Chris Allard. “The Fearless Super Interceptor will be made available for our customers in a range of styles and sizes to meet various operational requirements. We look forward to showcasing the superlative performance of this next-generation military patrol platform and providing additional details in the months ahead.”